By Jessica Lander, The74

This Book Review originally appeared on the The74

In Making Americans: Stories of Historic Struggles, New Ideas, and Inspiration in Immigrant Education, award-winning teacher Jessica Lander takes readers on a poignant journey — told through captivating stories of the past, the present, and the personal — to understand what it takes for immigrant students to become Americans.

The book, which Publisher’s Weekly called an “inspirational must-read for educators, policymakers, and parents” and “empathetic call for change”, brings to life historic struggles to improve immigrant education, profiles innovative classrooms across the country, and shares inspiring stories of Lander’s own students’ immigrant journeys and how they created their own American identities.

In the below excerpt, adapted with permission, Lander shares the inspiring story and advocacy of four Texas families who, in the 1970s, risked deportation to establish the right of undocumented children to attend public schools:

The sun had yet to surface when Lídia and José Lopez gently shook their five children from their slumber, dressed them in their Sunday best, and tucked the family into their white Dodge Monaco. The sedan was piled high with books, clothes, pots, even the family’s small TV, but the Lopezes were not embarking on a road trip. Their destination was a mere two blocks away, at the federal district courthouse in Tyler, Texas.

Alfredo, nine and the oldest, remembers little. It was a Friday, the week after the start of school, the year 1977. The little black-haired boy should have been entering second grade, his sister should have been starting first. But just as classes were set to resume, their parents received a letter informing them that tuition was required if they wished their children to study in the public schools. For the Lopez family, the fee was unaffordable. 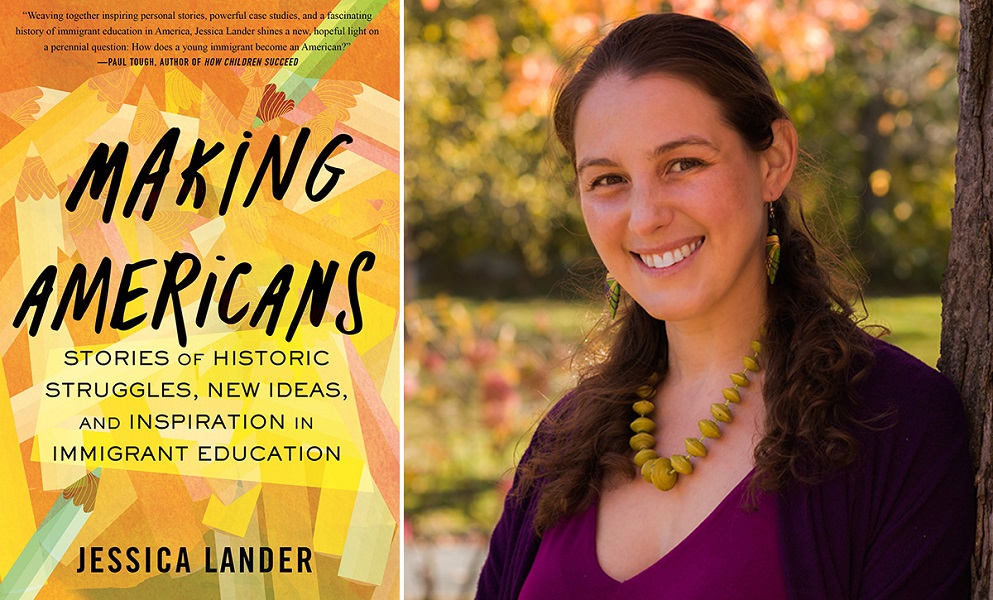 Just over two years earlier and more than two hundred miles south, in Austin, the legislature had revised the state’s education code. But before the final vote was cast, the border city of Brownsville slipped in a provision that, at the time, went largely unnoticed. Going forward, public schools would no longer be obligated to educate their community’s undocumented children. and, the state would contribute no funds to support those children’s academic futures. Public schools were left with a choice: cover the cost themselves, charge tuition, or exclude such students altogether.

In the blistering summer heat of 1977, the Tyler school Board, arguing that the city was on the precipice of becoming “a haven” for undocumented families, voted to charge tuition for every student who could not prove legal residence—one thousand dollars per child, roughly one-fourth of most undocumented texans’ annual income.

The city of Tyler, in the eastern corner of texas, was founded in the mid-1800s, built by enslaved Black Americans, and named for a Us pres- ident who initiated the annexation of the Lone Star State. Surrounded by vibrant blooms, it was a city that proudly proclaimed itself the “rose capital of America.” and it was here, in 1969, where José Lopez found work tending rosebuds after crossing the southern border. Within a few years he sent for his wife, and then for his children, who left their home in the small Mexican city of Jalpa and traveled hundreds of miles north to reunite.

On arriving in the United States, Alfredo was enrolled in elementary school and attended dutifully until, in the summer of 1977, the school board changed its policy. of the city’s nearly 16,000 students, less than 60 were undocumented, and they were suddenly ineligible to study in the city’s schools.

Growing up in Mexico, neither José nor Lídia Lopez had been able to stay long in school. Their families needed them in the fields. But, for their children they wished for a different future. And so, a week later, a little before 6 a.m., the Lopez family pulled into the parking lot of the federal district courthouse, the sky just beginning to bloom pink. There they met three other undocumented families. Together they had made the perilous choice to sue the city’s schools. It was a decision the parents made knowing what might happen. That was why, the night before, Lídia and José Lopez had packed the Dodge Monaco to the brim. as Lídia would recall years later, in walking into the courthouse they were prepared to be immediately arrested and deported. But for their children, it was a risk they chose to take…

…The judge assigned to the case was William Wayne Justice. As the Washington Post would write of Justice a decade later, “Justice in Texas is not an abstraction, but flesh and blood and, as only real life can render it, a federal judge.” The descendant of Norwegian immigrants and confederate soldiers, Justice was born in east Texas at the dawn of the Roaring Twenties. He grew up destined for a career in law. His father, a lawyer, left little to chance, designating his son his official legal partner when Justice was just seven years old. A child of the Great Depression, Justice credited his father with teaching him the essence of his name. As Justice would recall, for his father, “a farmer in bib overalls was entitled to no less dignity than the president of a bank in a pinstriped suit.

Decades later, President Kennedy appointed Justice as a US attorney, and then President Johnson appointed him a federal district judge. He joined the court two months after reverend Dr. Martin Luther King Jr. was assassinated in Memphis and arrived in Tyler to a segregated city firmly rooted in the Deep South. Two years into his tenure he definitively ordered the desegregation of Texas schools. When he ordered the city’s own Robert E. Lee High school to take down its profusion of confederate flags, incensed white students took their flags and circled the courthouse shooting epithets. As one student would recall, “Justice was blamed for everything.”

In Texas, Justice was hated and revered. A shy, slightly stooped, bookish man, Justice spent a lifetime, as he would share years later, trying to live up to his name.

On Friday morning the families filed into Judge Justice’s court. They were joined by the state’s bleary-eyed assistant attorney general, sporting blue jeans; she had arrived in the wee hours of the morning and the airline, she apologized, had lost her luggage. (As Justice would recall twenty-five years later, “she plainly thought that the whole proceedings were insane, being there early in the morning like that and being confronted with these extraordinary allegations, that the children of illegal aliens would be entitled to a public education. She obviously thought that was such a ridiculous proposition and it really didn’t deserve her appearance there.”)

As the Tyler parents offered testimony, their children, four-year-olds, six-year-olds, eight-year-olds, watched silently. Their lawyer, Larry Daves recalled, “They were the cutest, quietest, most unbelievably disciplined children I’ve ever seen. They were probably mystified, but they sat for hours, quiet as mice, watching the proceedings.” It would be the last time Daves would see the children at the center of his case. While the full trial would not take place for months, following the Friday hearing, Judge Justice ordered the schools, in the meantime, to readmit their students. The following Monday, Tyler’s undocumented children were back behind their desks. They had missed only a week of school…

…Alfredo Lopez, who had been set to start second grade when he sat in Justice’s courtroom, had just begun third grade when Justice handed down his ruling in September 1978. “Already disadvantaged as a result of poverty, lack of English-speaking ability, and undeniable racial prejudices,” wrote the judge, “these children, without an education, will become permanently locked into the lowest socio-economic class.” as both sides affirmed, “The illegal alien of today may well be the legal alien of tomorrow,” acknowledging that many undocumented immigrants might eventually be granted permanent residency. Of the school district’s argument that its policy would discourage migration, the judge was dismissive: such a plan was “ludicrously ineffectual,” he wrote. Justice was disdainful too of the district’s attempt to slim educational costs by “shav[ing] off a little around the edges.” It was a policy, the judge openly suggested, that might have been made because the “children of illegal aliens had never been explicitly afforded any judicial protection, and little political uproar was likely to be raised in their behalf.”

In his ruling, for the first time in US legal history, Justice afforded these children explicit protection based on the Fourteenth Amendment of the Constitution. The amendment stated that no state could “deprive any person of life, liberty, or property, without due process of law; nor deny to any person within its jurisdiction the equal protection of the laws.” A century earlier, in a San Francisco case involving the discrimination against Chinese business owners, the Supreme Court, pointing to the drafters’ choice of the word “person” and not “citizen,” ruled that the Due Process clause applied to everyone. In a case a decade later, the Court found constitutional protection for four undocumented Chinese men. Building on this logic in 1978, Judge Justice ruled that undocumented people were also protected under the Fourteenth Amendment’s Equal Protection clause. As he would describe years later, “I guess I made my own little contribution.”

In the decades to come, In the coming years, the case would make its way up to the Supreme Court. In its 1982 decision in Plyler v. Doe, the Court would conclude undocumented children were protected under the Fourteenth Amendment and that no matter their legal status, children were entitled to study in American public schools. In classrooms across the country, many undocumented children came to see themselves as American. But that belonging was bounded. With no path to legalized status, as Harvard Professor Roberto Gonzales has written, “for undocumented youth, the transition to adulthood is accompanied by a transition to illegality. . . . Youthful feelings of belonging give way to new understandings of the ways that they are excluded from possibilities they believed were theirs.” And so new families took up the mantle. They marched, testified, organized. Texas became the first state to allow undocumented students access to in-state tuition for college in 2001 and the Deferred Action for childhood arrivals (DACA) program was announced on the thirtieth anniversary of the Supreme Court’s decision in Plyler v. Doe.]

In the living room of his parents’ home hangs a framed copy of the Supreme Court’s synopsis of its decision in Plyler v. Doe. Lídia and José Lopez have lived in the same house for more than forty years. It is the same house where, before sunrise one morning in 1977, they woke their children and bundled them into their packed Dodge Monaco to drive two blocks to the federal district courthouse.

Near the end of his life, looking back over nearly four decades as a federal district judge, Judge William Wayne Justice singled out one case out of hundreds he had decided: Plyler v. Doe. “I feel that’s the most important case that I’ve ever had.” Justice wasn’t sure how many children had been able to study because of the decision; he reckoned a hundred thousand at least. In actuality, the count is more than a million. Of his career, he had one wish: “I hope people remember me for someone trying to do justice. That’s what I’ve tried to do.”

Jessica Lander is a high school teacher and author in Massachusetts who writes regularly on issues of education policy. She is a co-author of “Powerful Partnerships: A Teacher’s Guide to Engaging Families for Student Success” and the author of “Driving Backwards.” contributors@the74million.org